Route 23: In the shade of Lipnica palms

We offer a trip rich in monuments and beautiful panoramas starting in Bochnia, where it is worth visiting the salt mine and the basilica. We leave the market square by Sądecka Street following the blue tourist trail. We pass the Bochnia bypass, and after a short descent in Kurów, we arrive at the Cat's Castle villa. Here we turn right, Bujaka Street leaving the trail. On road No 965, we go left, and after a moment spent in Kopaliny, we turn left again next to the hotel to leave from the provincial road onto the blue trail that leads us to the castle in Nowy Wiśnicz. The centre also offers several valuable monuments that are worth visiting, including the 19th-century manor "Koryznówka" and the church from the 17th century. We follow the trail through the market square, and then follow the road to Lipnica, leaving Nowy Wiśnicz (whoever would like to shorten the route, should go west through Olchawa). From Borówna we go to Lipnica Murowana, a town famous for the Easter palm competition and the wooden church of St Leonard. In addition, worth seeing is the church of St Andrew the Apostle, the church of St Szymon of Lipnica and the 19th-century Leduchowski Manor. Having crossed the market square, we go right to Lipnica Górna. We approach road No 965, turn right and after 1700 m turn left. We go down until the end of the road, turn right over the bridge and cycle through Olchawa to the centre of Zawada. Here we turn right towards Pogwizdów and after 800 m we can see a wooden church from the 15th century. At the bifurcation in Pogwizdów, we follow the asphalt path to the left along the red bike trail. After 2 km and passing a small peak, we turn right into a forest gravel road. We go straight along the blue trail until leaving the forest. We cross the Bochnia bypass cycling along Brodzińskiego Street and then we follow Krakowska Street to return to the market square, where the route ends.

1. Bochnia Salt Mine – founded around 1248. Former royal property. In 1995 it was opened to the public and a health resort was created there. More information: www.kopalniasoli.pl
2. St Nicolas Basilica in Bochnia – built in 1440. It was given its current, neo-Gothic, style in 1905.
3. The Kmita and Lubomirski family castle in Nowy Wiśnicz – one of the most valuable works of early Baroque residential and defensive architecture in Poland.
4. "Koryznówka" Manor in Nowy Wiśnicz – wooden, built in the 19th century, a place willingly visited by the famous painter Jan Matejko. Currently, the museum presenting memorabilia that remained after the artist.
5. The church in Nowy Wiśnicz – a magnificent temple with early Baroque architecture from the 17th century, currently under renovation.
6. The Easter palm competition in Lipnica Murowana – takes place every Palm Sunday from 1958. As part of this event, known throughout Poland, the most beautiful and longest Easter palms made by the inhabitants of Lipnica and the surrounding area are awarded. Many palms reach a height of over 20 m. The competition is accompanied by numerous shows and performances by regional groups.
7. St Leonard church in Lipnica Murowana – one of the oldest and best preserved Gothic wooden temples in Poland. It comes from 1500–1502. Inside there are valuable polychromies, a triptych from 1500 and the "Światowid pole". The object is inscribed on the UNESCO World Heritage List.
8. St Andrew the Apostle church in Lipnica Murowana – dating from 1363 with a well-preserved Gothic structure. Inside the sculpture of the Mother of God with a child from about 1370.
9. St Szymon of Lipnica church – built in 1648 in the late Baroque style, in the place of the family home of the temple's patron. It is worth paying attention to the reliquary in the shape of a neo-Gothic monstrance with the relics of St Szymon of Lipnica.
10. The Ledóchowski Manor in Lipnica Murowana – inhabited in the 1880s by the Ledóchowski sisters: blessed Maria Teresa and Urszula – later a saint.
11. The wooden church in Pogwizdów – from the late 15th century is one of the oldest temples in the Małopolska Region. In the years 1896–1913 it was rebuilt – the tower was demolished and the nave was extended. Baroque altars come from the 17th century 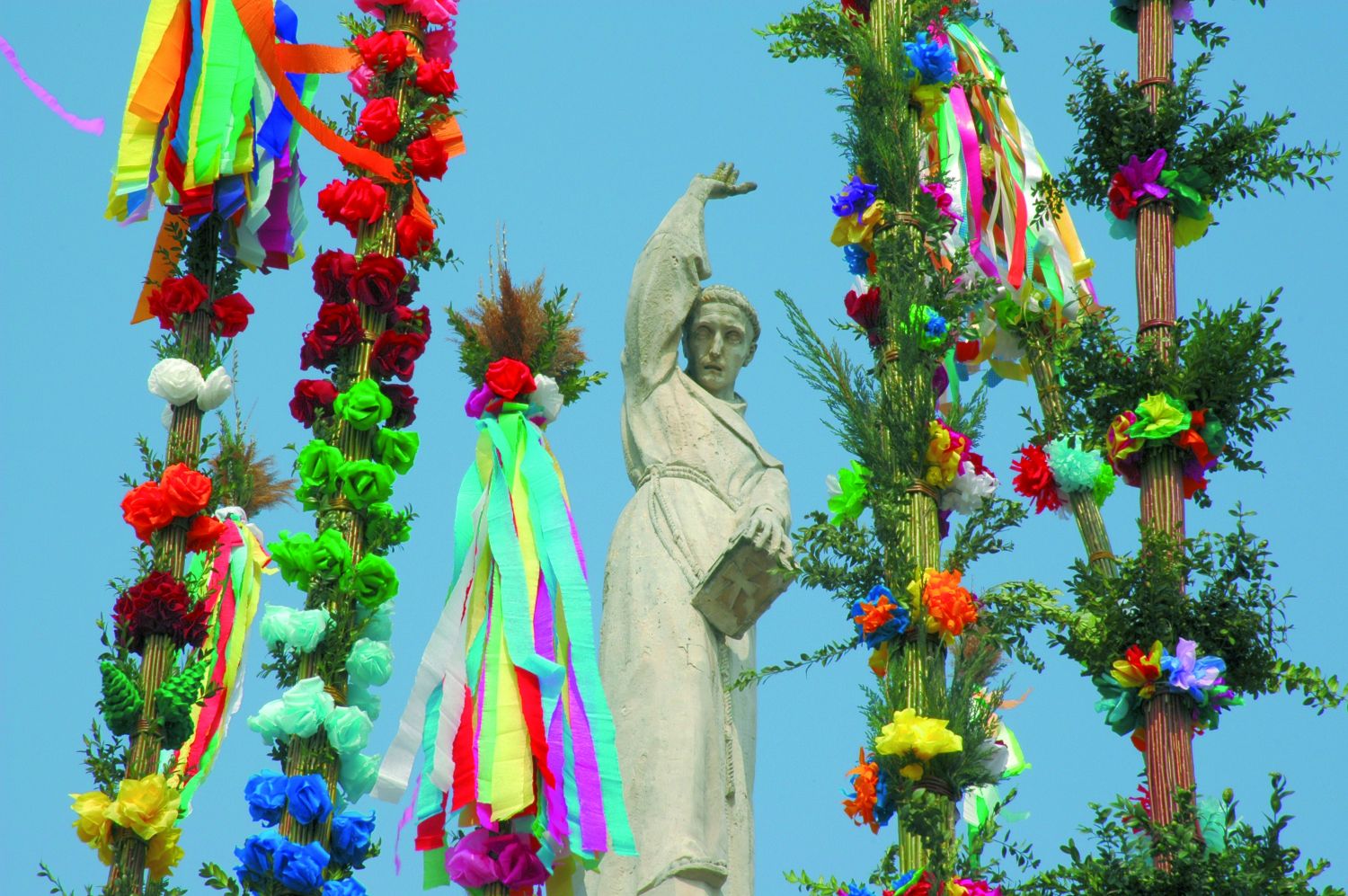 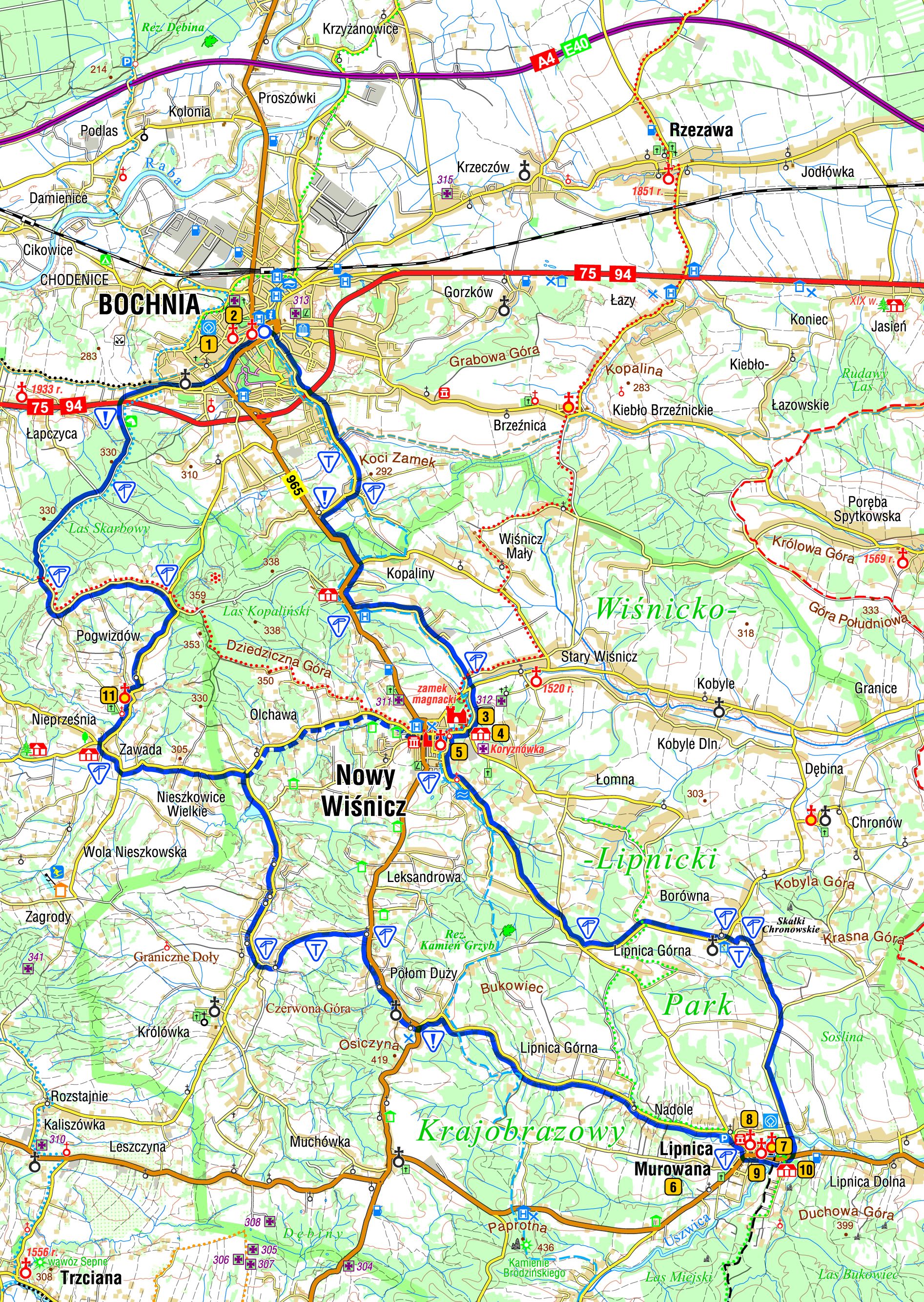 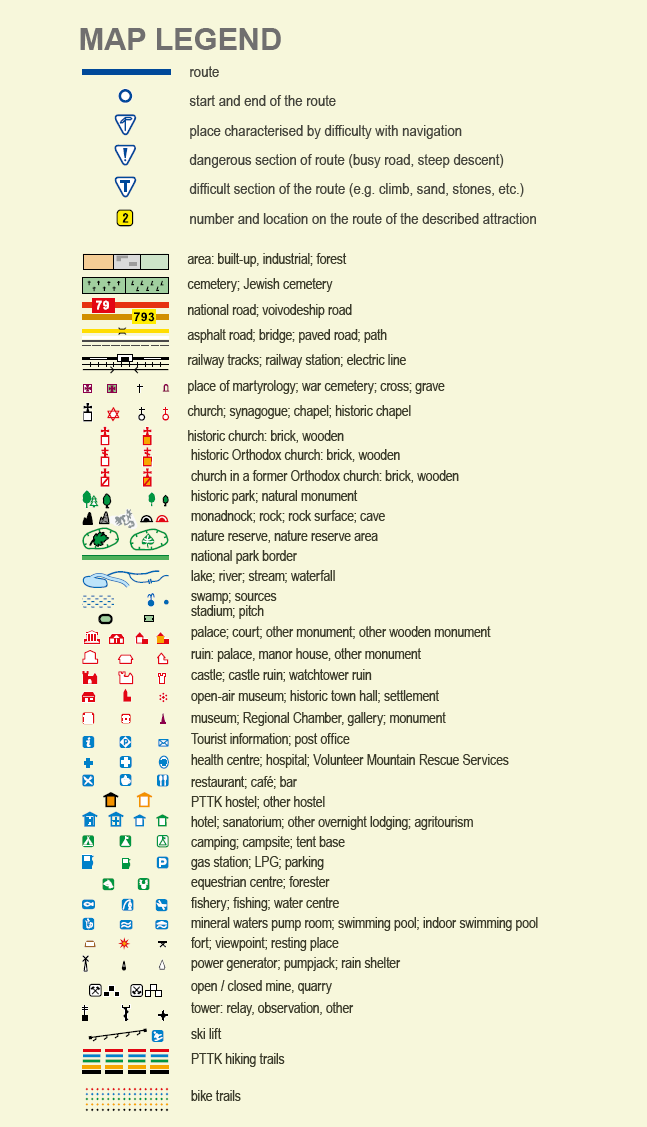